Home Internet Edge computing – The importance of for Industry 4.0 in Indonesia 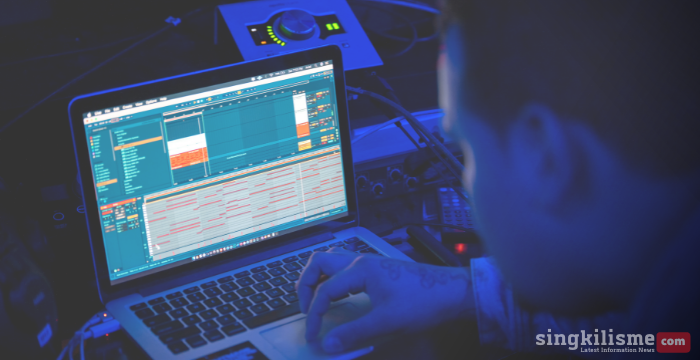 Edge computing itself is a computing process that focuses on processing the Internet traffic of things. This computerization also functions as a data storage and processing container that is placed as close as possible to the data source. Therefore, the data traffic process can be performed with minimal latency which has a much more efficient level of bandwidth consumption.

Digitization is a key thing to adapt in this modern era. Companies are required to adapt to industrial automation processes to be ready to be part of Industry 4.0. The government has even launched the Indonesia Industry 4.0 Readiness Index (INDI 4.0), a roadmap to make Indonesia one of the top 10 countries in the world economy by 2030.

“Edge computing itself is a computer process focused on processing the Internet traffic of things. This computerization also functions as a data storage and processing container that is placed as close as possible to the data source. Hence, the data traffic process can be performed with minimal latency which has a much more efficient level of bandwidth consumption, ”Lin Hoe explained.

According to Lin Hoe, no matter how good an internet connection and cloud computing are, it will inevitably experience latency. To be highly competitive in the 4.0 era, 24-hour operations and a real-time error alert system are requirements that must be overcome. This is what makes Stratus necessary to be there to help the industry keep business processes running.

Edge computing enhancements located around manufacturing facilities help minimize these technical problems even if they are far from the data center. In addition, Stratus can also customize Edge computing as needed, starting with IoT adaptation, transformation 4.0, investments in smart cities, development of smart transport, to the future use of the 5G network.

Although relatively new to Indonesia, edge computing is already quite developed globally. Edge computing market share is projected to reach $ 4 trillion by 2030. The annual growth rate from this year is also expected to be 38.4%. The growth trait of the market in the European and North American continents has still remained double-digit in recent years. “Data centers and cloud computing are already viable, but they are still lacking due to the rapid growth in demand for digitization. By 2022, 75% of data is expected to be created and processed outside the data center and cloud computing, ”Lin Hoe said.

Meanwhile, Gerry Santoso, Country Manager of Stratus Indonesia, said that domestic operators need not worry about the difficulties in using Edge computing. This is because Stratus Technologies simplifies the use of the device in a way that makes it easier for users.

The simplification of use, Gerry said, came about through ongoing research conducted by Stratus Technologies. Edge computing itself has been developed by Stratus Technologies since 2010, along with the development of data centers and cloud computing that were booming at the time. What is certain, Gerry said, is that this innovation will not disrupt the existing digitization infrastructure. The presence of this innovation helps to accelerate the integration of OT (operational technology) and IT (information technology).

“Edge computing isn’t just for big industries, even lower-middle-class industries can use it,” Gerry said.

The most minimal feature is a standard server with an integrated digitization system that contains information on the use of the various production facilities in real time. As for further requirements, Edge computing Stratus has been equipped with a management system capable of analyzing the risk of hardware failures and preventing downtime that can lead to production and operating costs.

“Strato also offers a solution to prevent failures so that we can guarantee production activities without obstacles or downtime. “Even in the event of downtime or a major failure, we have a system recovery solution that can run the system without disruption and return to normal quickly and automatically,” concluded Gerry.